Every January you rush into a new fitness regime, give it everything for two weeks and then things start to slip. You miss a workout. You eat a full packet of biscuits instead of the one biscuit you had intended. Soon you realise it’s been two weeks since you did a workout and the weekly treats have become daily treats. You’re back to square one and self loathing kicks in. Sound familiar?

I’m not a psychic but I think I may be able to predict what happens next. At some point in the future you’ll decide, once again, that it’s time to get your act together. So you’ll rush to the gym and train at your maximum. Alternatively you’ll seek out the most intense, challenging plan you can find. The one that is “hardest” because you need results. And you need them immediately. And therein lies the problem.

Consistency trumps intensity every time. An average plan done consistently is better than the best plan not done at all. What does that mean for you? It means if you haven’t trained in a while it doesn’t make sense to go after the most intense workout. The best plan is actually the one that you’ll stick to in the long run. For somebody who is relatively inactive that probably means starting small and building it up gradually. That “hardest”, most intense plan you were seeking might be the perfect plan for an elite athlete whose body is conditioned to training five days per week. However, if you’re at a less advanced stage it’s probably not the perfect plan for you.

The very same principal applies to your eating habits. The number of people who decide to get in shape and quit within the first two weeks is staggering. For the most part it’s because they make the exact same mistake with their nutrition as the training mistake outlined above. They try to be “perfect”. Determination and will power take over. This time it’s going to work, no matter what. So we cut out all treats, we reduce our calories more than we should, and we decide we’re going to live off Broccoli and Chicken forever. The problem is that, for most people, willpower is not enough. A solid plan is a better option. The more you deprive yourself of something, the more you’ll want it. At some stage a binge is likely to happen when you’re willpower caves.

So what’s the solution? If you’ve been following the Good4U challenge you’ve probably made a nice steady start. You’ve been implementing small changes, which were relatively easy to work into your daily life. This is a great way to go about the process and it’s a strategy I would typically use with those who are new to a fitness journey or who have fallen off track. I call this one the Compound Effect. In essence the idea is that small changes, while seeming like not very much at the time, stack up on top of each other to lead to great change over time. Typically when people rush into a fitness goal with an all or nothing approach, they overwhelm themselves. The goal can seem a million miles away and they start to feel like a failure when they’re not reaching it. The Compound Effect works the opposite way. When I set a small challenge the client will feel that it’s very manageable. When they complete the challenge they’ll usually come back and ask “what’s next?”. As each little task is accomplished confidence begins to build and the client wants to do more.

With those at a slightly higher level I use what I call the 80/20 rule. This is the concept that we will eat nutritious, healthy food 80% of the time. I actively encourage my clients to aim for 80%, not 100%. This means there’s room for the occasional bar of chocolate. If you are on track 80% of the time you’ll get away with the 20% for the most part. Progress may be slower initially but you’ll still be feeling positive and moving toward your goals in six months time.

Long term change has to be the primary thought for those looking to create a healthy lifestyle. In that regard, consistency is king. So that intense, perfect plan may not be the right plan for you. The right plan is the one which you can stick to. Progress, not perfection. Whatever you do this week is more than you were doing last week. That’s the approach that will lead to lasting change. We’ve all got it within us to create change and to be the best version of ourselves. In order to do that it’s worth consider the approach before diving in. All the best going forward and if I can be of any assistance don’t hesitate to get in touch. 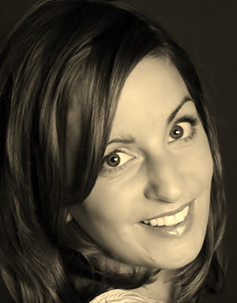 Michelle Butler is a Registered Dietitian and one of the founding members of Good4U where she leads the Innovation team. Good4U’s mission is to empower people of all ages to live healthier lives and Michelle hopes that by creating healthy foods without compromising on taste or price this mission will be easily accomplished.